The very first thought to travel to Shani Shingnapur from Shirdi was by MSRTC bus.

I reached Shirdi Bus Depot (at Ahmednagar-Manmad Highway, not far from Shri Saibaba’s Samadhi Temple) to enquire about bus timing/fare. 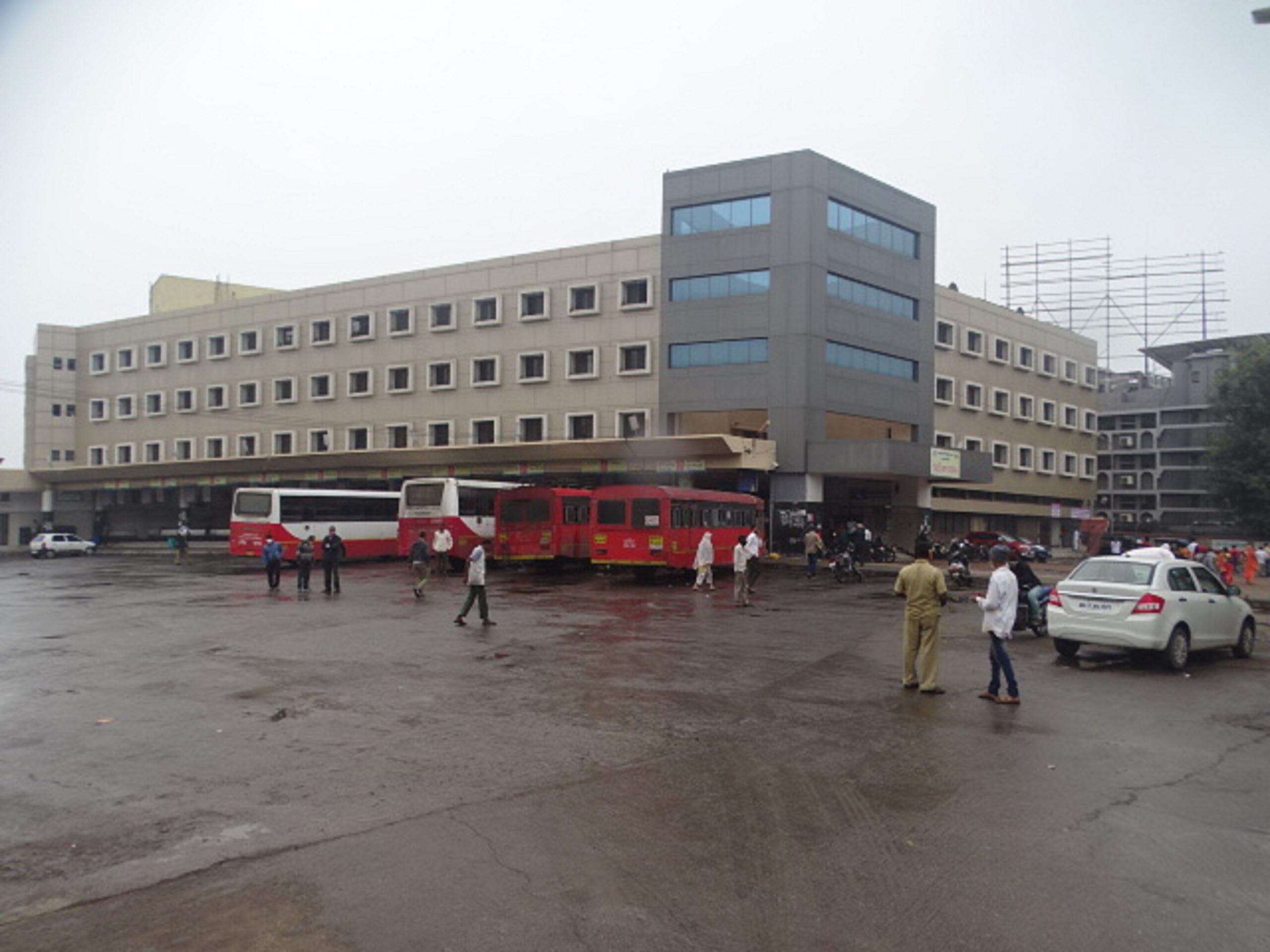 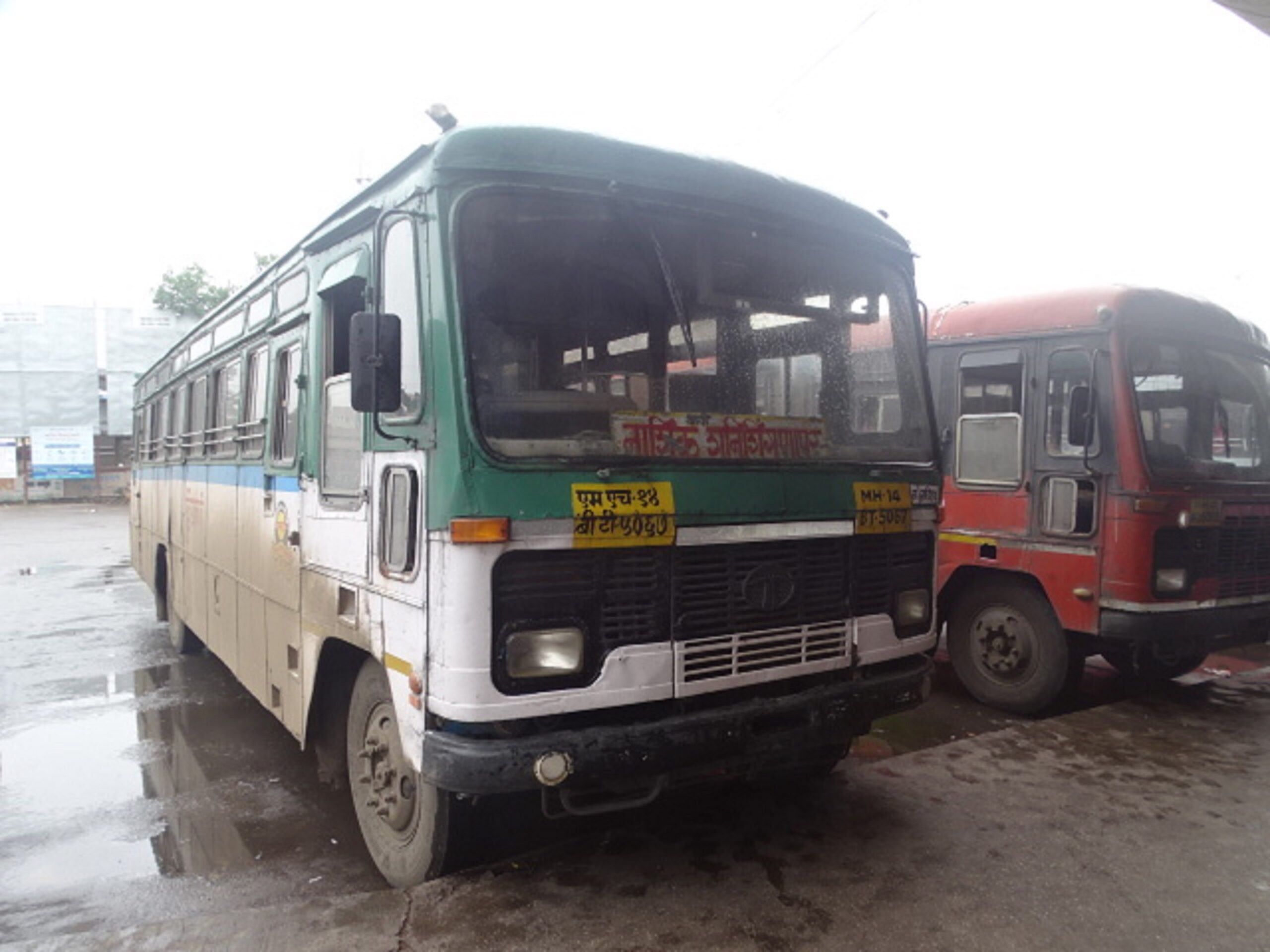 Anyway, I decided to enquire also from private vehicle owners about Shirdi to Shani Shingnapur to-and-fro fare and timing.

I was told there are numerous vehicles for Shani Shingnapur since morning from Shirdi and the fare to-and-fro – Rs. 150 only. 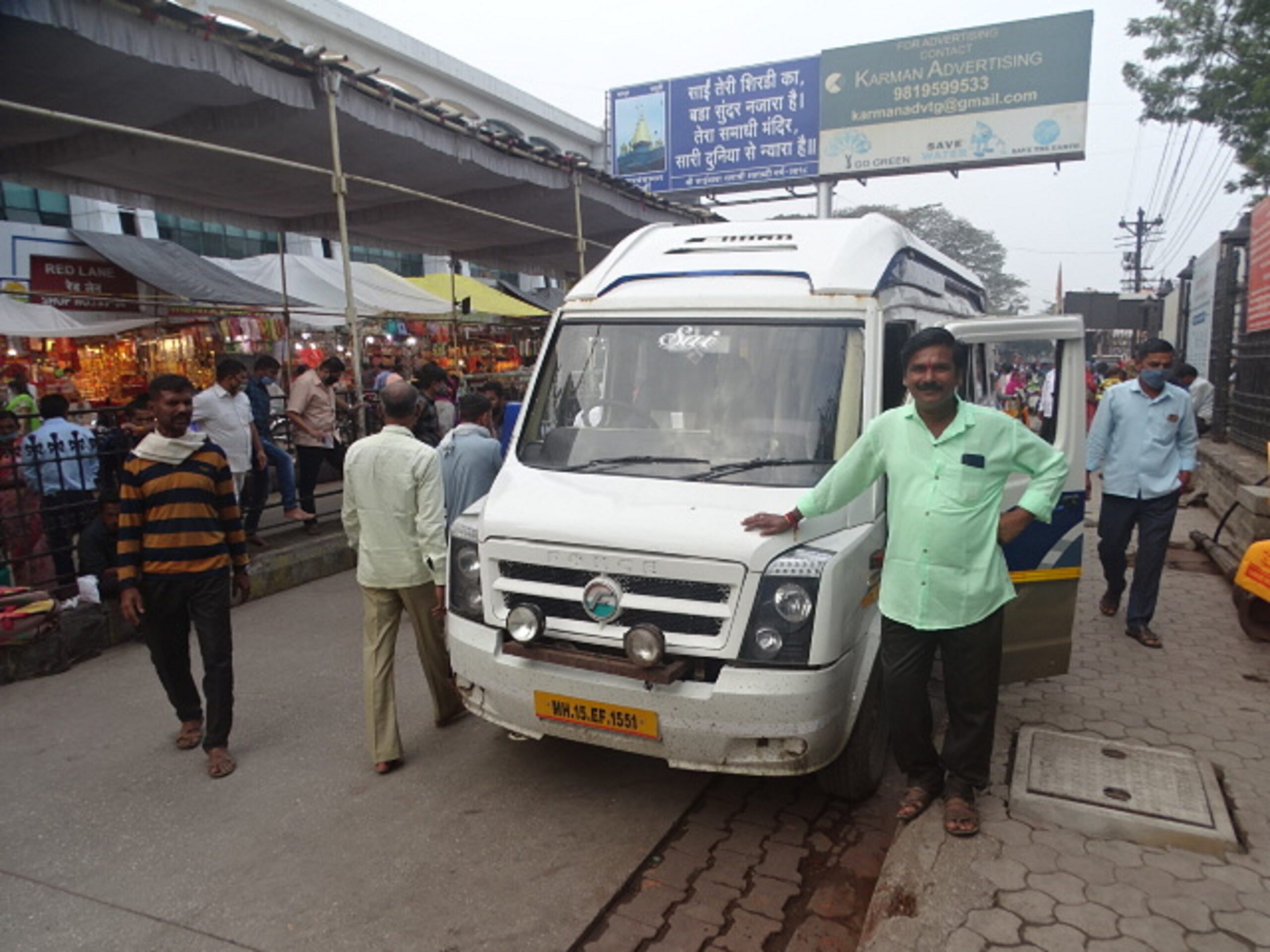 Force Traveller Passenger Carrier was parked. I enquired about the seat availability?

I conveyed the driver that I do not want to-and-fro ticket. I only want one-way journey – fare?

Seat was available. I enter the vehicle and grab the seat near the door. It was a 19 seater Force Traveller Passenger Carrier.

At 8:45 am the van was almost full and started its journey but I was surprised when it reached Shirdi Bus Depot and took a U-turn. We again reached nearby Shri Saibaba’s Samadhi Temple to take few more passengers.

Finally, at 9:15 am the journey was re-started from Shirdi to Shani Shingnapur.

As the highway work is going-on, we passed via villages. It was a rural journey in-short.

At 11:15 am van stopped at Umbre Village for Sugarcane Juice. 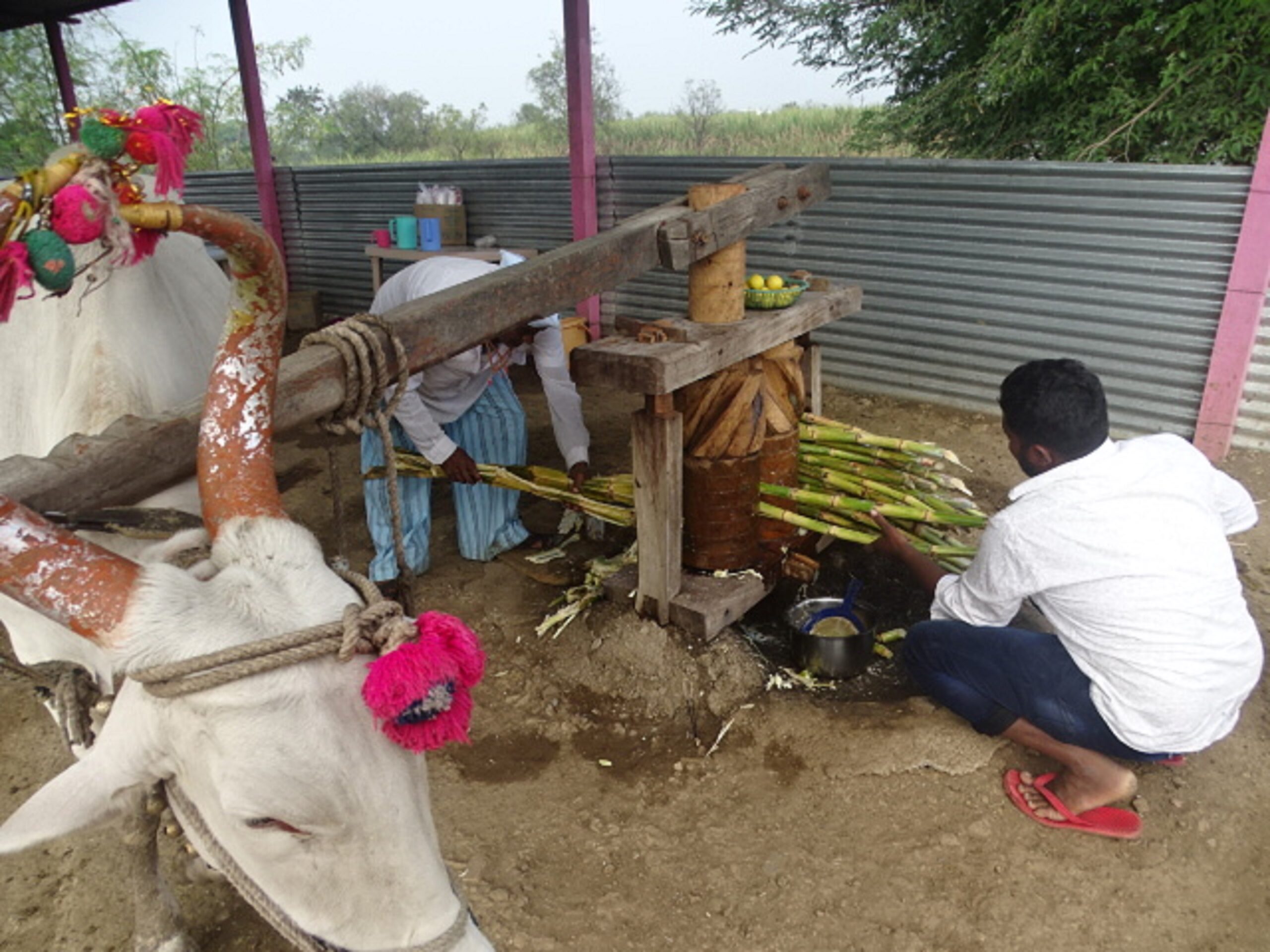 I had two glasses of sugarcane juice – Rs. 20 per glass. 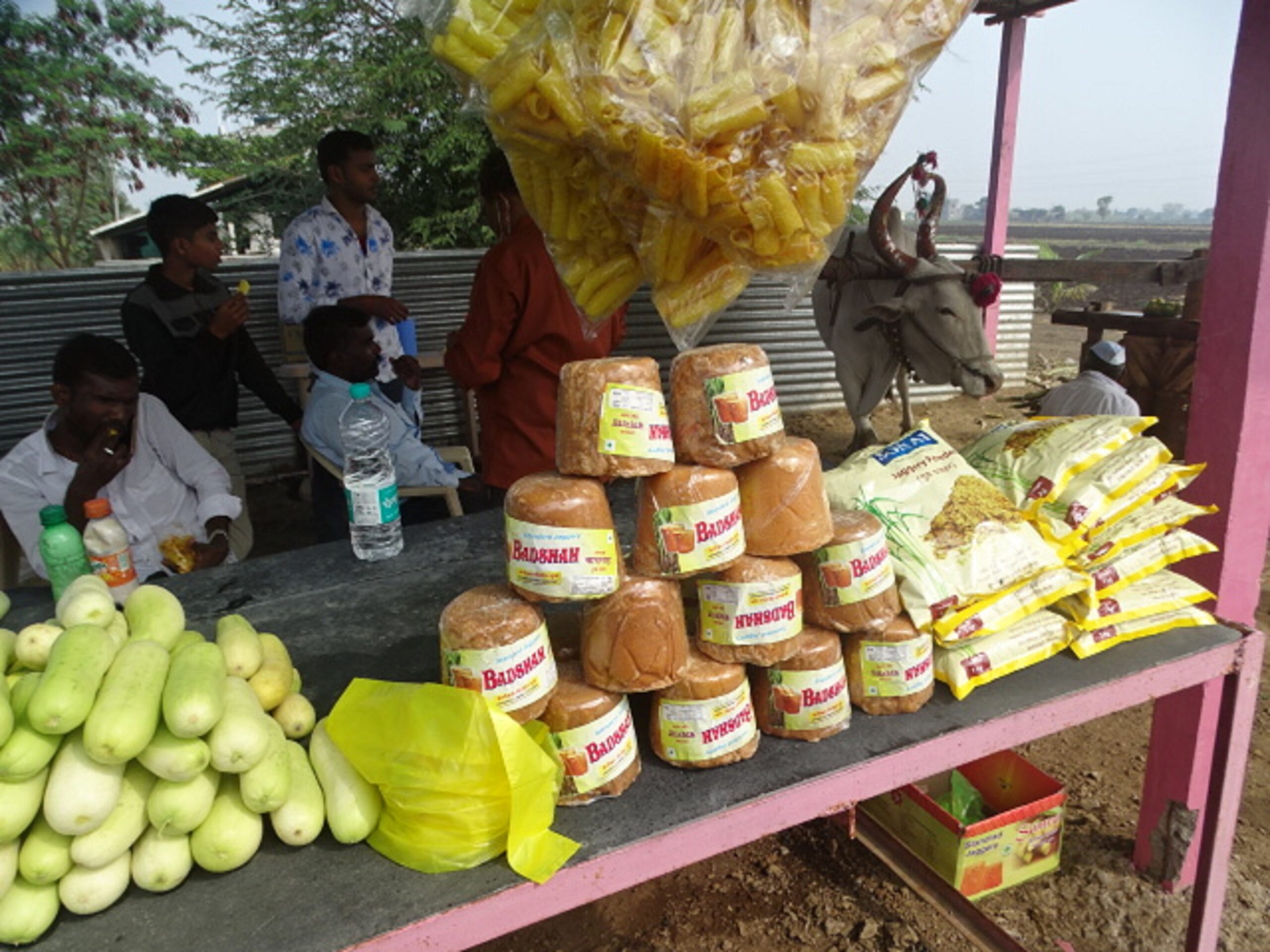 Anyway, after 15 minutes of halt the van re-started its journey. 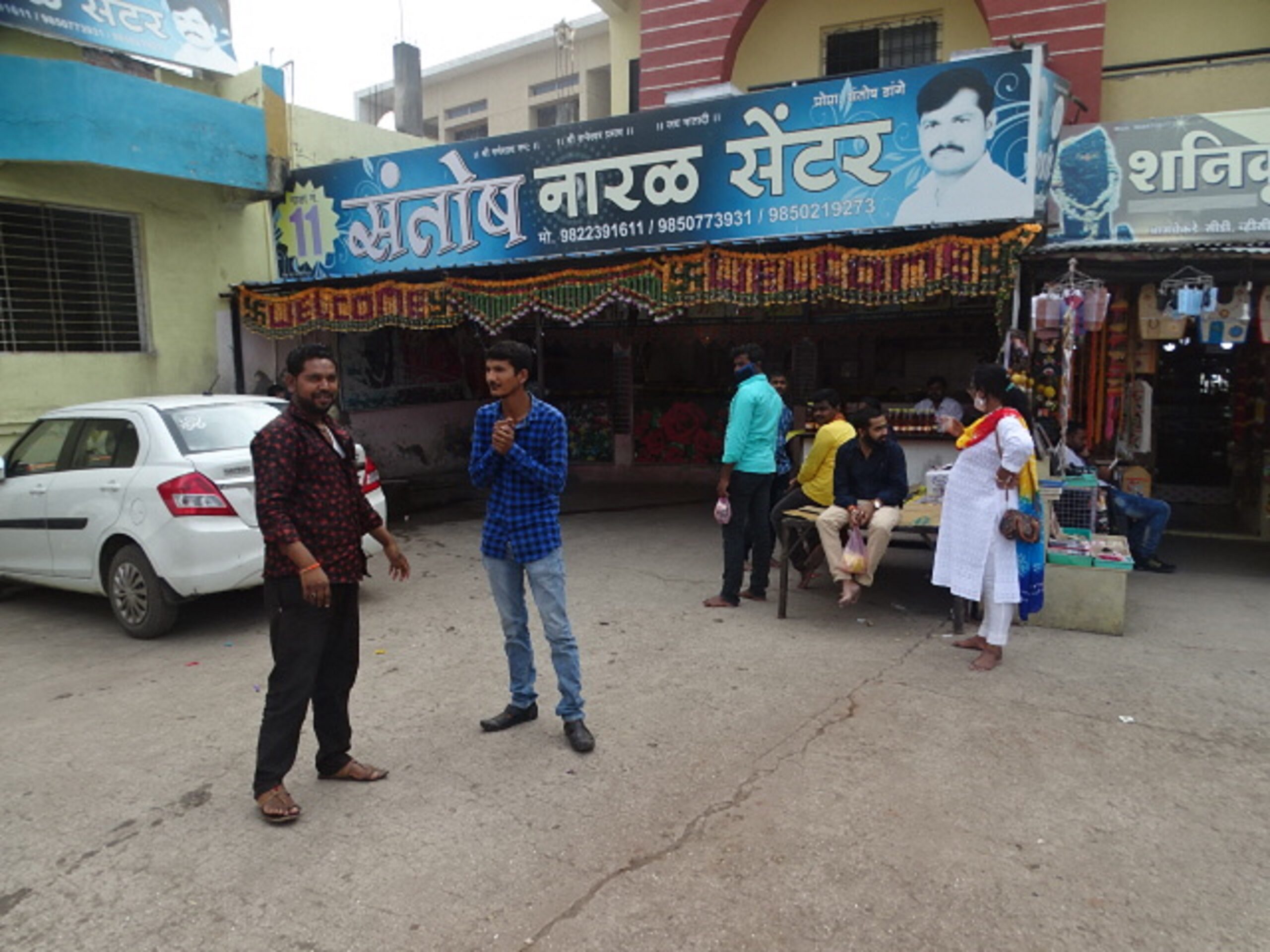 The purpose of parking van at this location was clear. One may purchase puja items needed for the pooja of God Shani. Purchased. Rs. 200 paid (you have to bargain) excluding mustard oil. I will suggest: buy mustard oil from temple-area. Its for Rs. 40 if I remember correctly.

I stayed almost one hour or so at Shani Shingnapur temple and then in-search for MSRTC bus for Shirdi.

I waited for one hour but no bus. One person said: Bus goes further towards village and will return.

I waited till 1:45 pm and finally walk in-search of bus or van for Shirdi.

I found again – Force Traveller Van and the fare – Rs. 100 because its one-way journey.

The van started journey at 2:00 pm from Shani Shingnapur.

For 10 minutes it stopped during the journey at a sugarcane shop and I purchased 1 kg jaggery for Rs. 70. 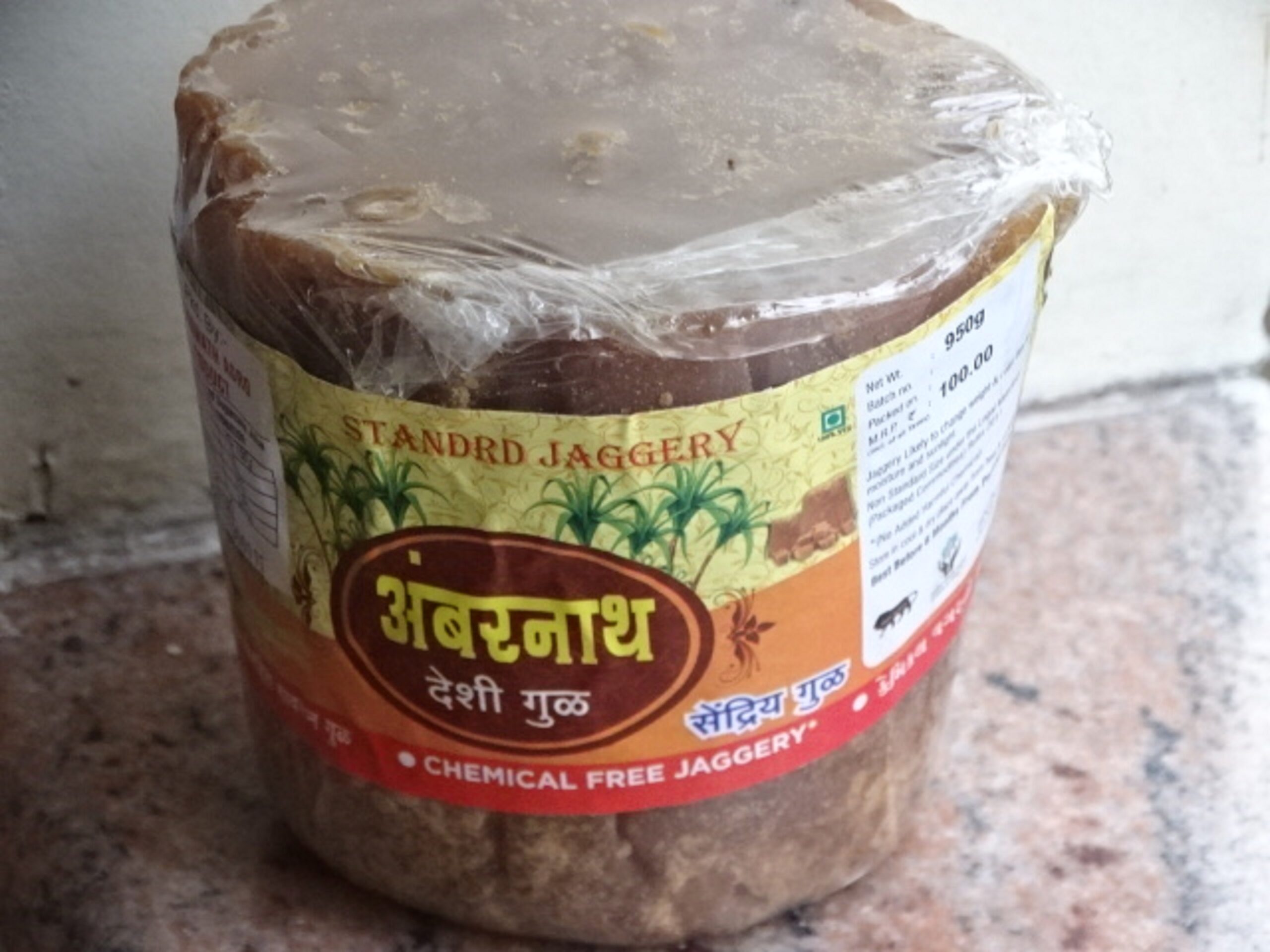 And reached Shirdi at 4:00 pm. Two hours journey, lesser than morning journey time and the route if I am correct was different from morning. Anyway, I enjoyed both to-and-fro journey but yes, I missed experiencing travelling via MSRTC bus. Maybe someday. The journey continues..