Royal Enfield Thunderbird Twinspark 350 – I purchased in 2010 from Mumbai.

Royal Enfield Thunderbird Twinspark 350, Seat Cover Replacement for the First Time, I did in Rishikesh in the year 2013, November.

Rs. 300/- only for rexine seat cover and was made within one hour almost exactly the original seat cover design.

Current year is 2020 (almost ending). There was need to change the seat cover again as it was torn and foam inside was also damaged. 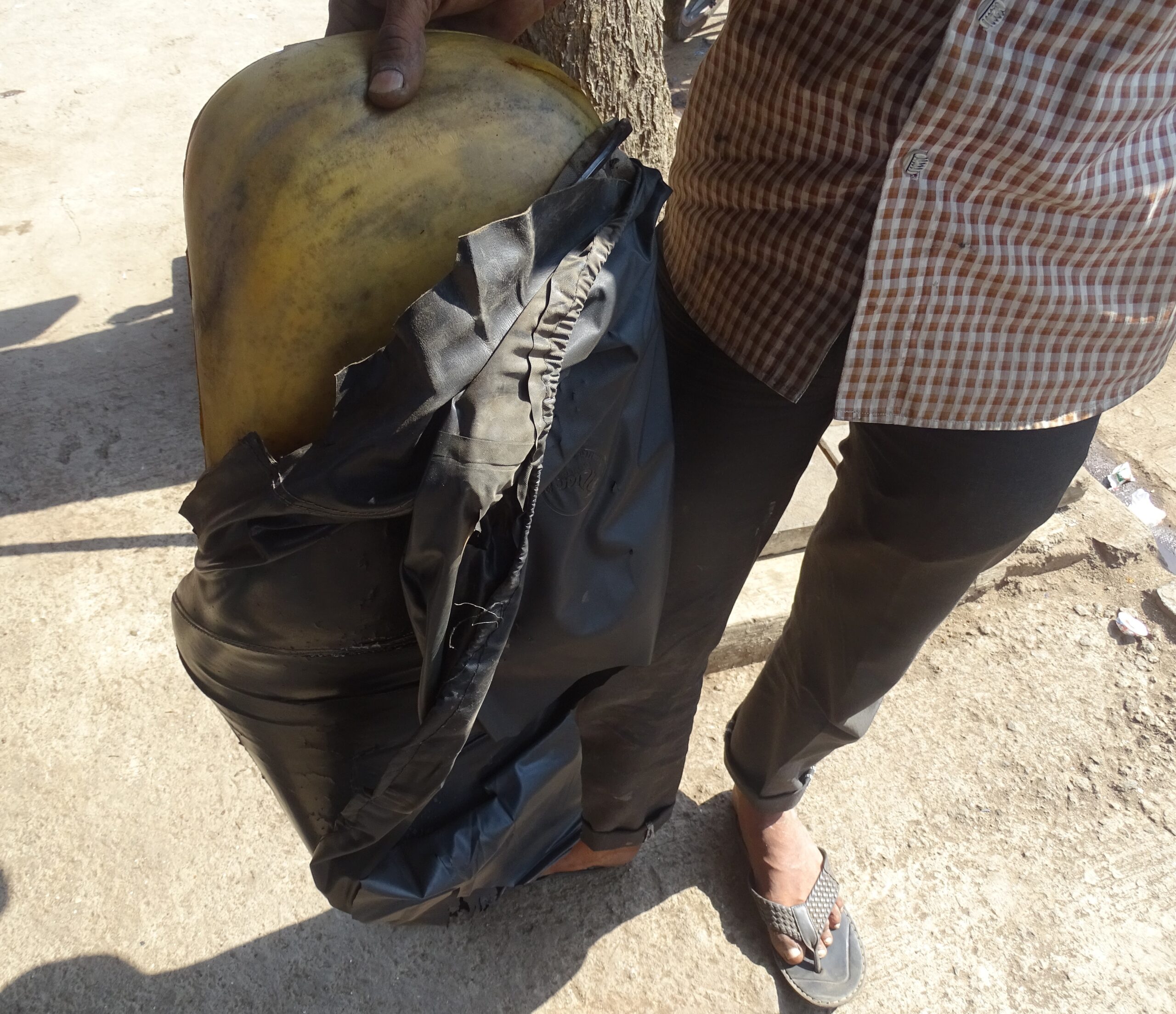 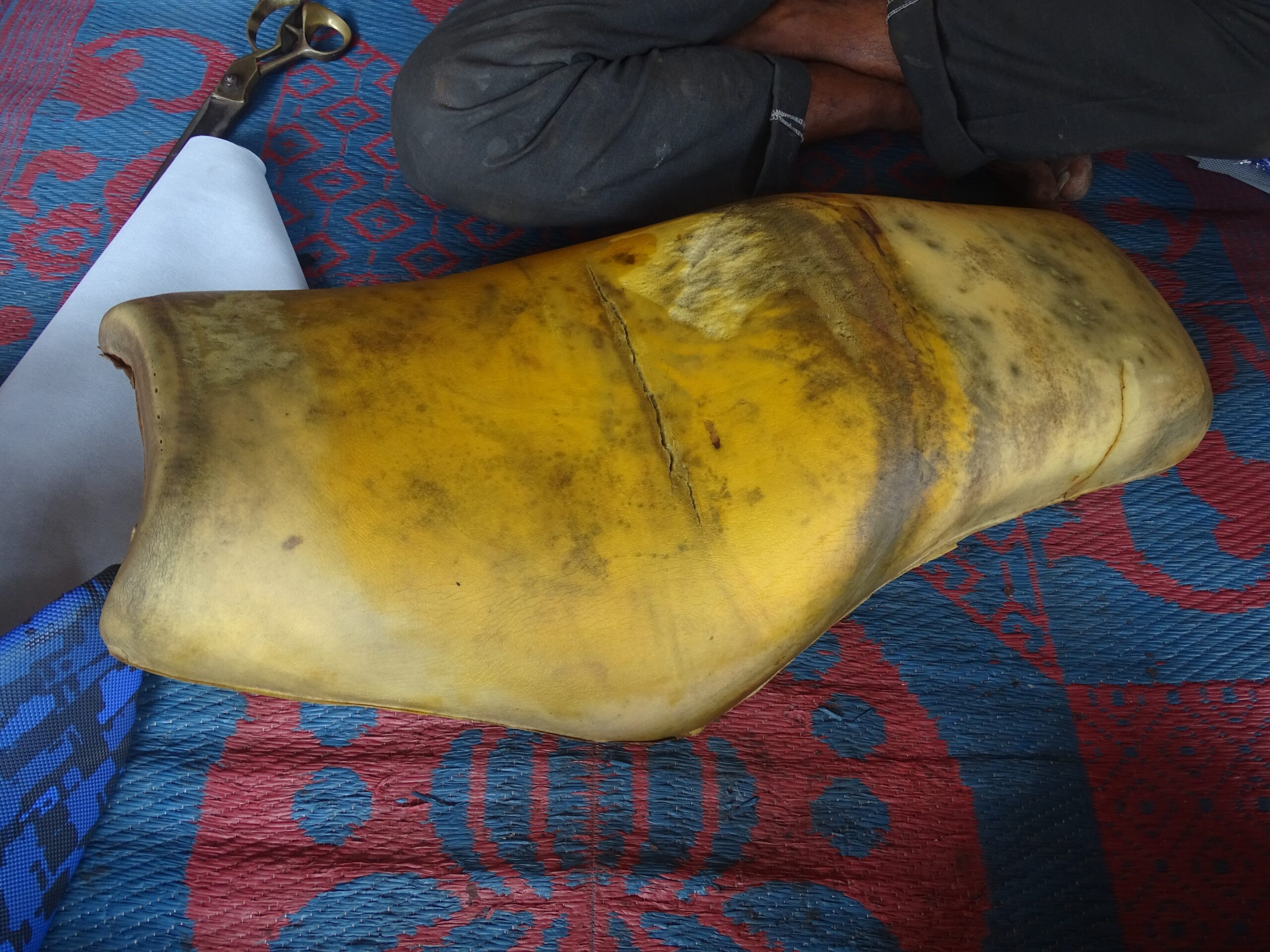 Then, I also enquired about brand new complete seat and the price was – approx. 1800 rupees and Rs. 3000 approx. 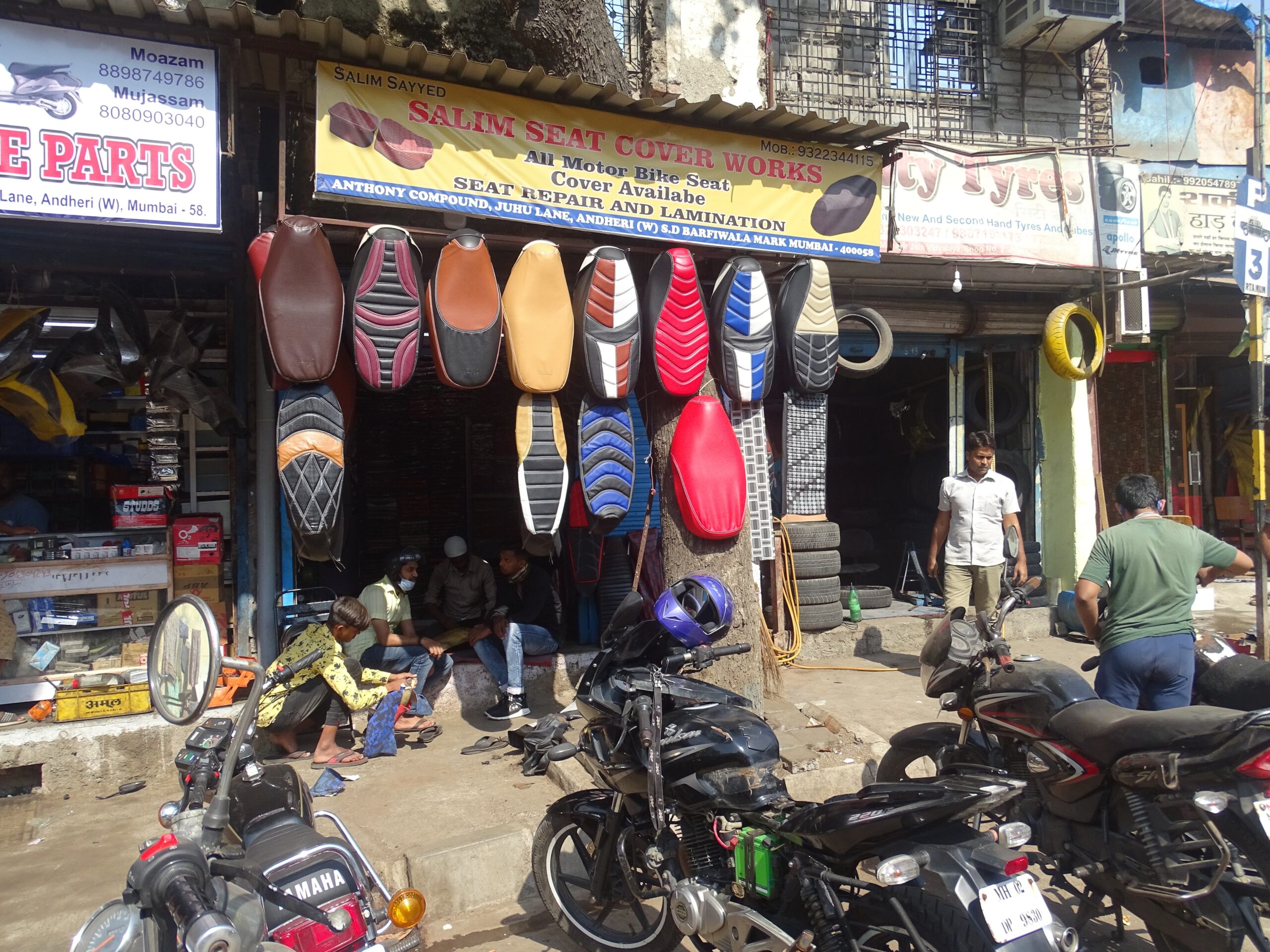 Salim and his son was busy. Upon query about seat covers availability, Salim showed two types of rexine cover for seat.

I selected another one and requested him to give some discount.

Salim said – He is having 33 years of experience in motorbike seat cover making. He has spent thirty years at Grant road and then three years at nearby location and now since last four months at this location.

He started the work. Seat plate was removed. It was too rusty.

Maybe I have to change it completely (*if available), after six/twelve months. 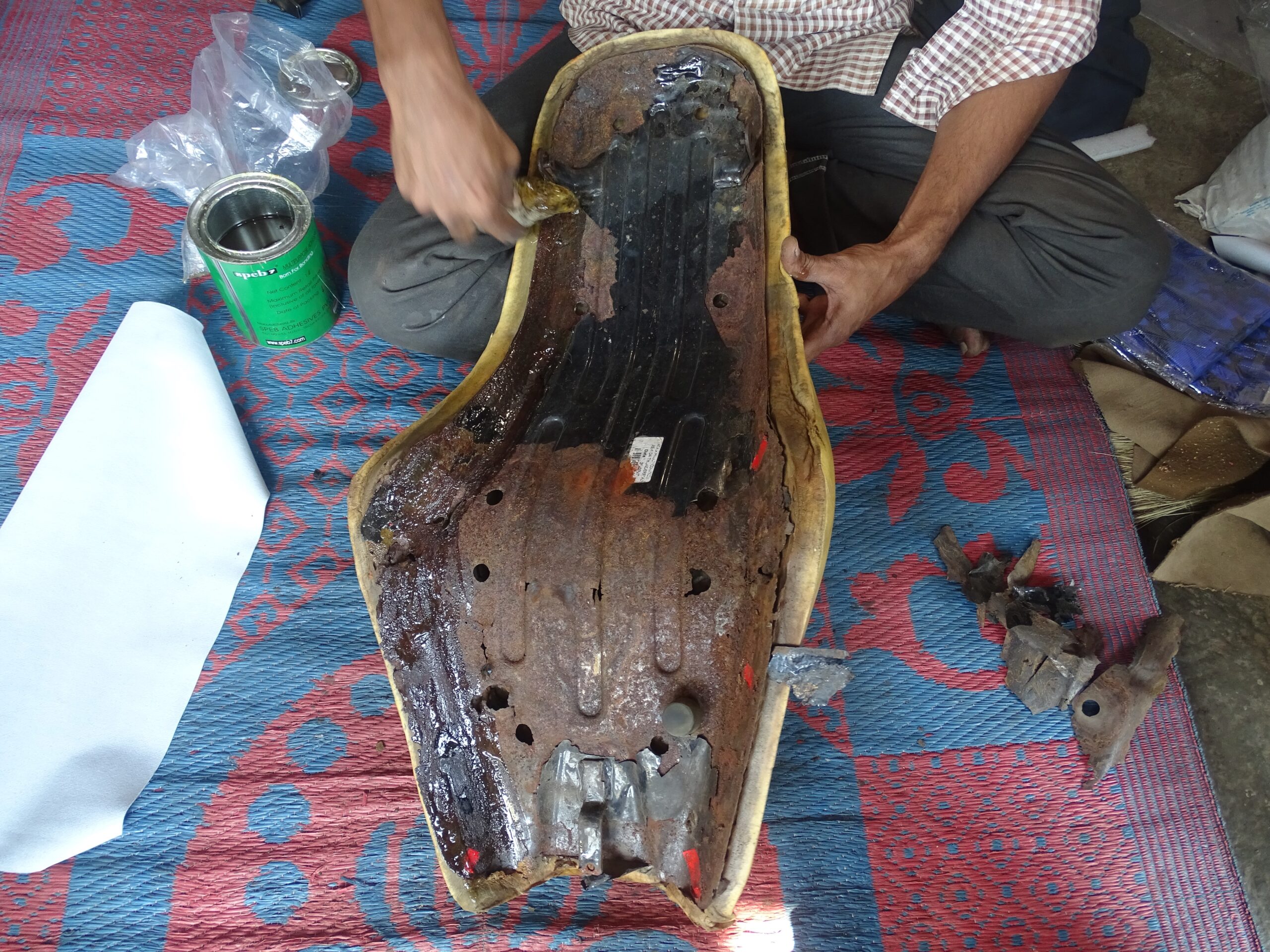 Salim, removed the old cover and found that the foam of the seat was also damaged and torn.

He inserted new foam at the damaged torn seat/foam area and fixed it brilliantly. I was impressed. 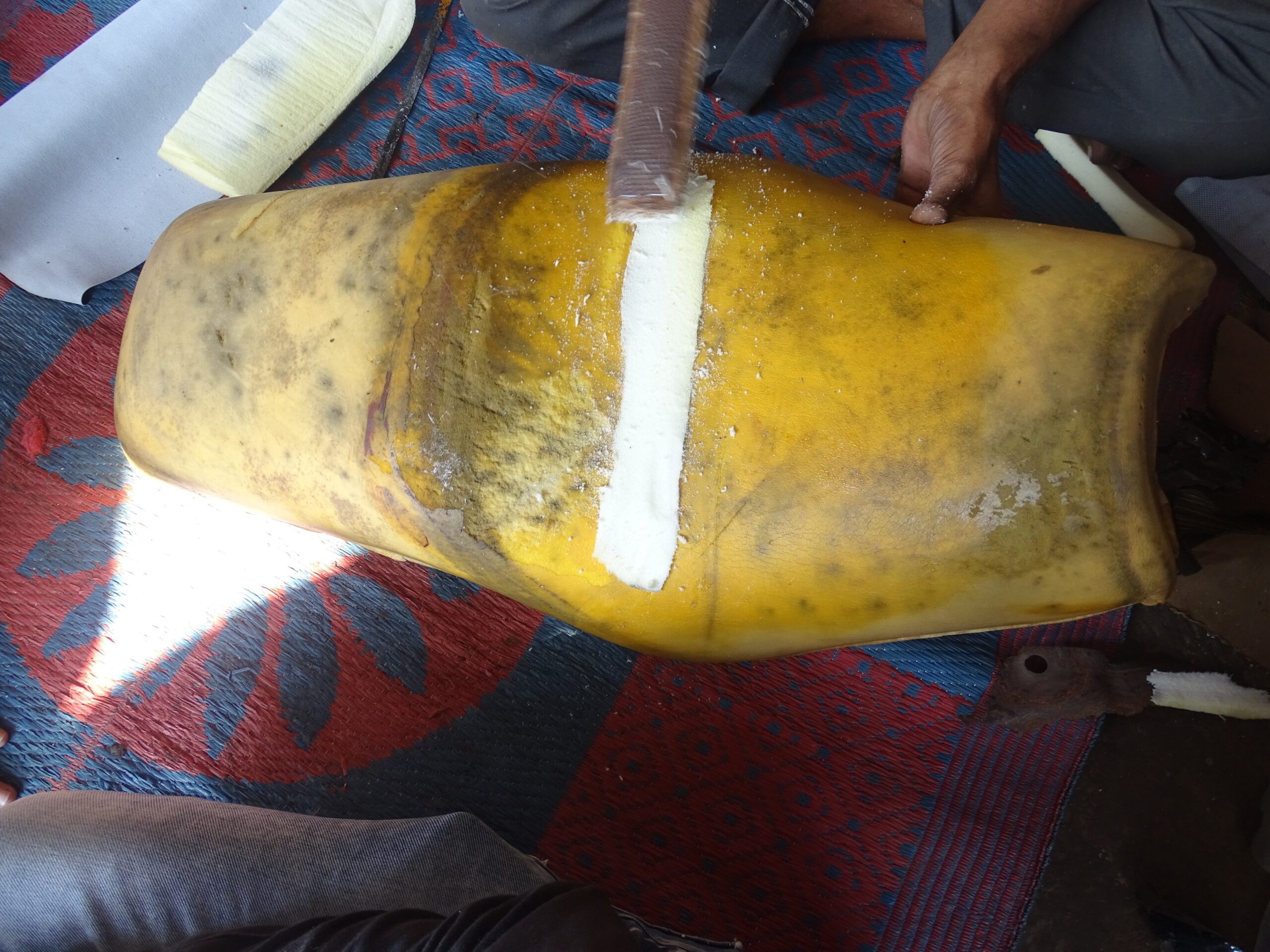 Salim did all the job excellently. The new seat cover was ready and fixed. Problem solved – only for Rs. 500. I was happy.

He completed the job within 20-30 minutes. Remarkable. 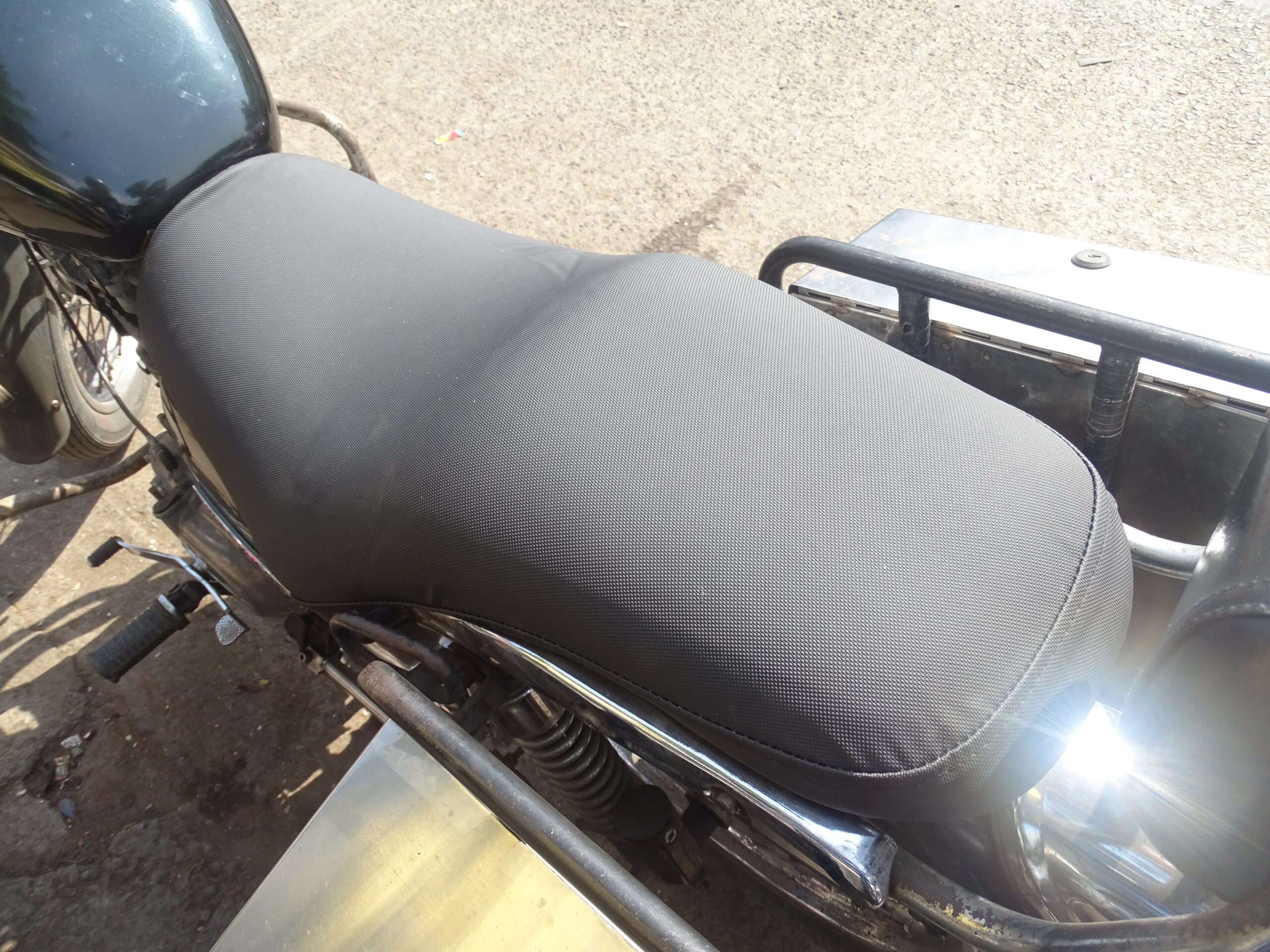 Isn’t it fantastic? It is.